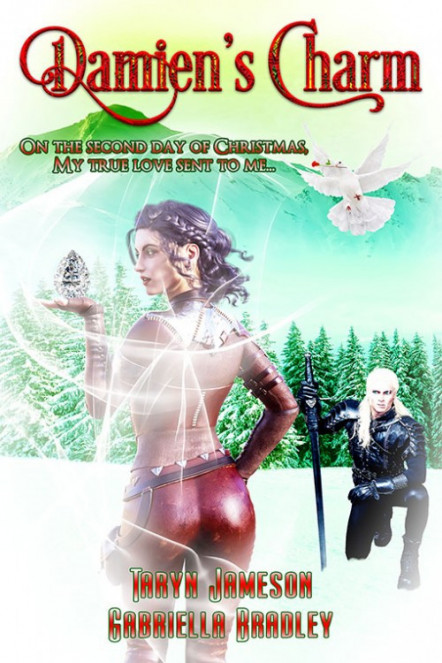 
Agent Danielle Harbison is the star witness in the trial of Zogando, the most dangerous and notorious criminal on Xeutania.

Living alone in the wilderness is great…for a while. Until Zogando’s perps have all been caught and incarcerated, Dani can’t be safe anywhere, so she has to wait it out. Loneliness begins to eat at her and she wishes for human contact…

Her wish comes true in the most unexpected way…

The raid on the cartel came unexpectedly. For them. Not for Agent Danielle Harbison. She knew it was going to happen, just not the exact time.

For over two years, Dani had been working undercover as Ava Harper, bad girl extraordinaire and henchwoman. She slowly wormed her way into the good graces of Zogando Moltavano, the feared leader of the largest crime syndicate on Xeutania.

Their ruse worked to get Dani into the syndicate. But it had taken her almost a year and a half to get Zogando to notice her. Then another three months to become a member of his trusted inner circle. This was the first time he had allowed her to accompany him on one of his heists.

Dani scanned the warehouse. Many of Zogando’s gang milled about, preparing the multimillion-dollar shipment of drugs and about two dozen young women for export. The girls would end up in brothels or as sex slaves and were worth ten times more than the drugs. Her task was to keep the women calm and quiet.

Easier said than done. They were scared out of their minds and had no idea of what was about to go down. Dani felt desperately sorry for them and wished she could tell them they’d be saved very soon.

The private docking bay was far away from the city, and its equipment was heavily secured so that nothing could be tracked.

Zogando entered the room and sidled up to her. “Hello, my lovely. Everything under control here? Are the women ready? The ship’s due to dock any minute now.”

The man was quite handsome in a rugged way, and at first, very charismatic. Yet Dani had spent enough time with him to know that he was rotten to the core. She felt like punching the bastard as he toyed with a lock of her hair, then stroked her cheek, his fingers lingering on her lips. The sting would happen just in time because she was sure she could not keep the greasy mongrel at arm’s length much longer.

“You can bring the girls to the departure bay, baby. The goods are ready to be loaded. When that’s done, bring them out to the ship,” Zogando ordered.

And that’s when the team would pounce.