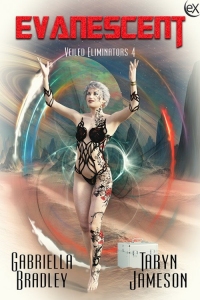 Twelve knows only one life—the Institute. As part of an elite group of assassins, she is trained to kill and follow orders. Her lifelong dream is of freedom, and she would risk everything to make it come true.

When she is sent as a spy to a penal colony, aptly named New Alcatraz, her dreams of freedom take a nose-dive. She is now trapped in a nightmare as the only female staff member on a planet known for its harsh environment and a prison from which there is no escape.

Help comes from an unexpected source, but can Twelve and her cohort pull off the scheme when the odds of trying could mean certain death?

“Schmidt cleared his throat. She had forgotten he had followed her and Schultz into the room. “Your equipment, as well as suitable attire and other necessities you will need for the duration of your stay has been packed. Among your supplies, you will find a one-way only communication bracelet to contact Doctor Schultz if you discover anything important. It is ornamental and looks like jewelry. Please use the com sparingly.” He gestured to a case that a young woman placed on the floor near the portal. “Once you arrive on the planet’s surface, change into one of the provided bodysuits I ordered for you.”

Twelve cringed. Damn, she hoped the clothing they had packed covered her body decently. “Why can’t I change now? Won’t I stand out this thing? Or worse, what if I am seen? I’d rather not be near naked in front of the whole prison.” She gestured to the skimpy outfit she was forced to wear.

“No one will see you. There is no personnel stationed at the coordinates of your arrival. They would die in a nanosecond.” Schultz pushed a set of oxygen plugs into her hand. “Put these on. After you set foot on New Alcatraz, be sure to breathe through your nose only. Do not open your mouth. Put them in your case after you enter the facility.”

She donned the oxygen plugs and took a quick breath through her nose to ensure they were working properly. How such small items could give her oxygen, she had no idea, but she supposed the doctors knew what they were doing. “If no one is meeting me how do I get into the prison?”

“This map will lead you to the official prison entrance. Memorize it.”

She took the sheet of paper from his hands and studied the map. “They know I’m coming, right?” The enhancements the doctors had made to her mind afforded her a photographic memory. In one glance the map was imprinted in her brain. She handed it back to Schultz. “I’ve memorized it.”

“Of course, they know. The warden, General Kyle Becknall, has been told that you’ll arrive in a private spaceship that cannot dock and of your imminent arrival. He provided this code to the sealed outer doors. Punch four-seven-seven-nine-L-twelve-X-twenty into the control pad. The doors will open and let you into the adjustment chamber. From there, you’ll experience decontamination procedures. When the process is completed, the inner doors will open, and the warden will meet you. He knows you will be arriving shortly. Remember what I told you yesterday. Socialize with them, be nice, smile, and flirt a lot, especially with the warden. Seduce him if you have to.”