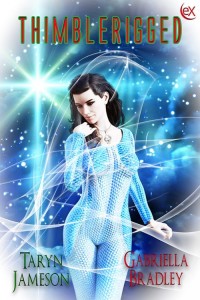 Homeless and alone on Christmas Eve… Chana’s life couldn’t get any worse.

Chana had her dream job, money, a rich alien boyfriend…

Until he kicks her to the curb with nothing but the clothes on her back and the change in her pocket. For almost four days she walks the streets of New York seeking shelter in subway stations at night.

No job, no home, no family to speak of, Chana finds herself brutally alone and heartbroken on Christmas Eve. To escape the snow and her heartache, she enters a sleazy bar and spends her last pennies on a couple of beers only to find kindness in the most unexpected way.

Chana hung her head, fighting desperately not to cry. She tried to ignore the partying people crowding the bar, the cheery Christmas tunes blasting so loud it hurt her eardrums. No, it wasn’t the noisy people or the loud music that caused her discomfort.

She was broke.
No job.
No clothes.
Homeless.
Her heart shattered.
She had no one.
Nothing.
I need to call the cops.

Her bank accounts had been stripped clean. She had discovered the money was gone when she had tried to pay for a coffee three days ago. The server had scanned her wrist, and the payment was declined due to insufficient funds. She had trusted Peter with everything, including the small inheritance she had received after her parents’ death. Now it was gone. All of it. Thimblerigged. She had been completely and utterly swindled.

Why the fuck did I ever agree to add him to my accounts?

Chana shifted uncomfortably on her stool and grabbed the dish of nuts on the bar. She stuffed a few in her mouth, attempting to stop the hunger pangs that wracked her, then finished off the rest of her beer. Her last. She had nothing left to pay for another. Three days of walking the streets, trying to find shelter where she could spend the night, she usually ended up in the subway station. The cups of coffee and small snack she allowed herself each day had eaten away at the meager amount of cash that had been stashed in her coat pocket.

She was beginning to look like all the other scruffy, homeless people that she encountered in the subways. Soon, she’d have to start digging in garbage cans to find something to eat.
Or starve.

Right now, death would be preferable.